A recent international tax round table held at the EMEA Regional Conference in Berlin involved members of Alliott Group’s International Tax Services Group who discussed the incentives that each of their countries offer to attract investment into innovation and research and development (R&D). These centred on R&D tax relief and the favourable tax treatment of intellectual property (“Patent Box”) on its exploitation. Alliott Group’s tax expert members also explained how national laws are evolving to ensure compliance with the OECD’s Base Erosion and Profit Shifting initiative aimed at artificial IP tax regimes.

To view/download this International Tax Services Group report as a PDF, click here.

Attractive tax incentives to encourage investment into a particular country are all part of free global competition between governments. However, the OECD’s co-ordinated project to counter the manipulations of tax regimes (BEPS) is targeting countries which offer generous tax incentives without there being any meaningful economic activity. The essence is to ensure tax and tax reliefs attach to where the economic activity and profit is actually generated.

Marie-Lise Swinne, Partner at Tax Consult in Brussels, explained that this activity is defined as ‘R&D activity’ and the OECD’s solution is that the so-called ‘nexus principle’ should be incorporated into all IP tax regimes globally

The (modified) nexus approach introduces the device of restricting a company’s IP profits that qualify for inclusion under an IP box regime based on the proportion of the company’s R&D cost which is incurred directly in creating the IP.

The round table offered Alliott Group’s international tax experts the opportunity to outline the incentives on offer in their countries and, where an IP tax regime exists, to explain the impact of recent OECD developments.

Marie-Lise Swinne, Partner at Tax Consult explained that since February 2017, new legislation has been introduced in Belgium along with a new regime called the ‘deduction for innovation income’: “This replaces the previous patent box regime which was repealed with effect from June 2016 (albeit with a transitionary period) as part of efforts to ensure full compliance with BEPS Action Point 6.

Swinne added that the new regime provides an exemption of 85% of net income derived from innovation, but conditions apply: “There is no longer a requirement for there to be a patent, but the exemption can only apply to income generated from R&D or from the development of new technology or innovation. The income must have been generated since July 2016 and must be included in the Belgian entity’s taxable results. Also, it only applies to new developments or the improvement of existing IP rights and products.”

According to Swinne, the income can be direct or indirect intangible income, so it can be a licence or an income derived from the product or service being sold. Swinne adds: “The deduction applies also to software development companies which can identify a part of their income that derives from innovation – they enjoy exemption of 85%. The only stipulation is that the modified nexus approach must be applied - this means that the net income has to be assessed as being in proportion to the cost incurred by the Belgian entity or compared to the group cost for the development.”

Swinne explained that this means Belgium’s corporate tax rate of 33% may actually be reduced for some innovative companies through application of the exemption, resulting in a more favourable effective tax rate. Furthermore, she outlined that unclaimed innovation income deduction can be carried forward for an unlimited period of time.

“Other attractive incentives can also be combined with this, such as the reduction of researchers’ wage tax and the taxation of a proportion of earned income at a flat rate of 15% for individuals involved in developing the innovation.”

Aaron Fitchett, Partner at Baumgartners in Melbourne, explained that while Australia does not have a IP box regime, it is increasingly focused on innovation and offers a R&D tax incentive:

"This is set at two different rates – companies with revenues of less than AUD 20 Million can receive a 43.5% tax offset. In this scenario, with the corporate tax rate in Australia being 30%, the company can get back 43.5% in the form of a tax refund. And even if a company does not pay tax, it can still receive a tax refund based on the amount spent on R&D. For companies with over AUD 20 Million revenues, the equivalent tax offset rate is 38.5%. Once R&D deductions exceed AUD 100 Million, a flat rate of 30% applies to the excess."

Germany does not have specific R&D tax incentives, according to Georg Schleithoff, tax consultant at audalis in Dortmund. On the contrary, Schleithoff explains that from 1st January 2018, the German Government announced the intended introduction of the ‘Licence Deduction Limitation Rule’:

"This rule would apply when license income is subject to preferential low taxation, meaning taxation below 25% and when substantial business activities of the licensor or development activities using own resources do not exist. In cases where the requirements are met (e.g. license income is taxed at a rate of less than 25%, etc.) the deduction of the corresponding license expenses will be denied in proportion to the amount of underpaid tax."

Schleithoff added that while the new rules have yet to be adopted into German law: “Should the new rules enter into legislation, many multinationals will have to review, and possibly adjust, their license and distribution structures.”

Germany is trying to encourage growth in the technology based sector, but is approaching it from the reverse angle according to Sebastian Blandow, partner at TLC in Berlin. He explained that a new investment programme has been launched to attract individuals’ investment in R&D by allowing investors to deduct an amount of up to 20% of their initial investment when contributing capital to a startup up to an amount of Euros 500,000.

Approaching it from the reverse angle

"This means that a potential investor is entitled to receive a grant of up to Euros 100,000 per year. And when the investor decides to sell the shares once the company has grown and become more profitable, he or she can receive tax relief of 25% on the capital gains received from the sales proceeds."

An innovation box regime is currently under consideration by the Israeli Government. Avi Ben Shimon, partner at Ben-Shimon, Elias & Co in Tel Aviv, explained however that there are already many benefits for technology companies that makes the country an attractive place for foreign investment and that the Government is making a concerted effort to keep technology in Israel and to avoid ‘brain drain’.

Antonis Partellas, partner at Alliott Partellas Kiliaris in Nicosia explained that the country has had a new IP box regime in place since 1st July 2016 that offers generous tax breaks, but only if very specific criteria are met: “Under the new laws, 80% of profits generated from qualifying assets can benefit from a profit deduction, with only the balance being taxed at the corporate tax rate of 12.5%. This new legislation introduces a stricter definition of what constitutes intellectual property – assets that qualify are patents, computer software and other assets which are legally protected. It no longer includes business names, trademarks, image rights and other IP rights used to market products and services.”

Maurice Kruidenier, managing director at Borrie in Rotterdam, outlined the Netherlands’ well-established innovation box regime which dates from 2007: “Under our regime, only 5% corporate income tax is payable on income that is derived directly from IP, instead of the regular corporate income tax rate of 20 to 25%. It enables a company to get a discount on wage tax for people working on R&D development. So it is a two dimensional programme that offers reduced rates of corporate income tax and wage tax.”

Giorgio Marcolongo, partner at Sorefisa in Milan, explained that Italy’s patent box regime allows a wide number of intangible assets to qualify, including software protected by copyright, patents, know-how such as processes, formulas, industrial, commercial or scientific information and designs and models that are potentially capable of legal protection.

According to Marcolongo, Italy’s patent box regime includes the indirect use, such as licensing for the use of any qualifying IP, and the direct use of any mentioned IP, where a ruling procedure is necessary. 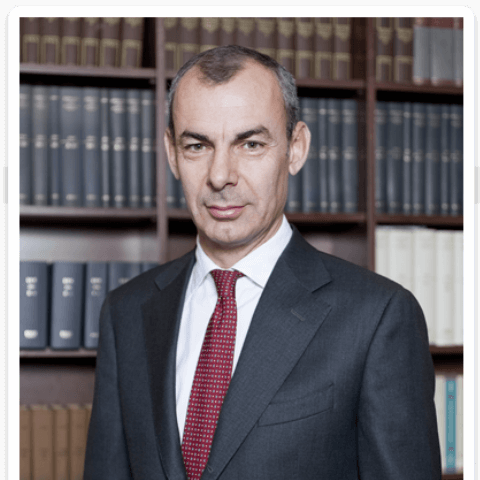 “A general exemption of 50% applies to income generated from R&D or from the development of new technology or innovation. The qualifying income is determined, for each IP, on the basis of the ratio (Nexus Ratio), meaning that the income that can benefit from the tax exemption is in proportion to the ratio of qualifying expenditure to total expenditure incurred to develop the assets.”
Giorgio Marcolongo, Partner, Sorefisa

David Gibbs, International Corporate Tax Partner at Alliotts in London, referred to the Research and Development Expenditure Credit (“RDEC”) for large companies which was recently introduced in the UK:

“This allows a repayment – this is outside of the ordinary state aid rules - a lot of UK R&D has to fall within state aid rules because it is government funding. But this new tax repayment means that a large company such as a global pharmaceuticals company that is making losses, can claim approximately 8% of its R&D spend as a cash refund. Furthermore, the amount that can be claimed is not capped.”

The only representative from Africa, Godwin Osagie, partner at G.E. Osagie & Co in Abuja, explained that his country is also pulling out the stops to attract investment in R&D : “Nigeria’s corporate tax rate is 30%, but when investments take place in specific sectors that involve R&D, a tax holiday will be granted ranging from three to five years. Dividends paid during the tax holiday are also tax exempt.

Osagie also explained that losses can be carried over for a period of at least four years during which “the company is expected to recover these losses”.

According to Osagie, there are special tax incentives on offer to individuals working in specific sectors, particularly expatriates: “Expatriates are entitled to these incentives in return for transferring their skills to nationals. However, to access these benefits, specific registrations need to be carried out to acquire the correct documentation.

“Additionally, companies with foreign investment of up to 25% of the share capital are exempted from paying minimum tax when losses are recorded in any financial year; this is applicable to all sectors.”
Godwin Osagie, Partner, G.E. Osagie & Co

As Carlos Montesa, partner at Abbantia Abogados in Seville points out, Spain has had a patent box regime since 2008 and made changes to it in July 2016 to incorporate the OECD proposals and nexus approach. Montesa explained that under the law, “60% of net income that qualifies as being derived from qualifying IP and intangible assets is exempt from corporate income tax and the remaining 40% is taxed at the usual 25%.”

To view/download this International Tax Services Group report as a PDF, click here.

For advice on how your innovative business can take advantage of tax incentives around the world, in the first instance, please contact Giles Brake at Alliott Group’s Executive Office who will be able to refer you to a tax expert in a specific city or country. Alternatively, please visit our website.