Disruption in the US$500 billion global accountancy market

Rob Nixon, keynote speaker at the 2018 Worldwide Conference, explained to delegates that disruption in the market, largely driven by technology, is turning the traditional CPA firm upside down. 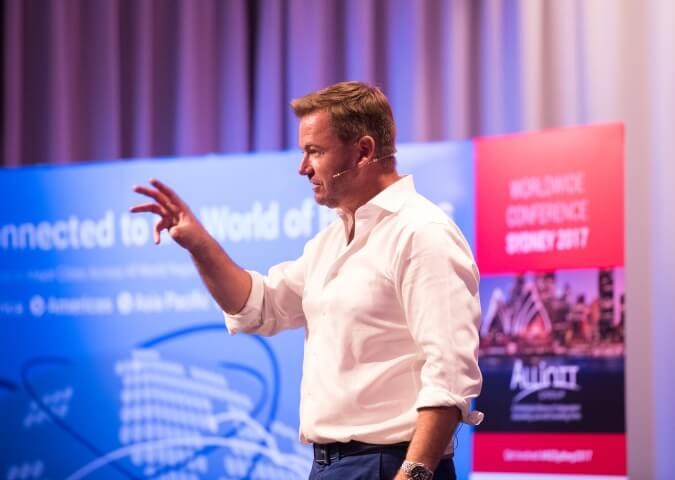 "Accountants’ revenue is being digitally disrupted - they must change their business models so that they continue to matter. Accountants’ traditional margins are under massive threat."

During the 2017 Worldwide Conference in Sydney, keynote speaker Rob Nixon didn't waste his words when explaining to members from all over the world why they needed to change their mindset and their business models or "go the way of the dinosaur." While most of Rob's focus was on the accounting profession, there were also important lessons to for the lawyers in attendance.

According to Nixon, accountants' traditional margins are under massive threat due to compliance, the bread and butter of accountants, becoming commoditized by new, savvy, technology driven players in the market who could do the work twice as fast for half the fee. Nixon commented that while there is still much inefficiency on the client, firm and government sides, technology innovation is moving at such a pace that eventually machines will be doing much of the accounting work and unless firms embrace it with purpose, it will eventually take away their revenues:

"87% of the international accounting profession’s revenues are focused on compliance - but this is becoming commoditized due to technology adoption."

Inefficient systems are keeping accountants in business - for now

Nixon pointed out that the global accounting services market is worth US$464 Billion per year and is the most profitable industry in the U.S. However, 87% of this revenue is tax compliance and audit or what Nixon described as “writing up history.”

It is these intermediary historical services, which are provided by accountants who sit between the client and the government which will eventually "go the way of the dinosaur."

Rather than being proactive and "on the front foot with clients", Nixon observed that accountants currently spend around 80% of their day checking and processing dead, redundant, incomplete data for their clients. In Nixon's view, the inefficient systems and processes used by clients, firms and governments are the only thing keeping the profession in business.

Nixon suggested that one day government systems will be able to seamlessly interact with the accounting systems of the clients and bypass accounting firms altogether for some of the work: "This is already happening in New Zealand and this will happen elsewhere."

"Xero has spent $600 Million to achieve 1 million subscribers. It’s a massive opportunity for tech businesses such as Microsoft and Intuit – only 2% of the world’s 500 million small businesses are using cloud based accounting at the moment - in their eyes, this is a 98% OPPORTUNITY."

In his view, the accounting profession (and the same applies to the legal profession) won't be able to stop these huge well-funded, publicly traded software companies from changing the systems.

The same goes for artificial intelligence: "Each of the Big Four firms is spending around US$250 Million a year on artificial intelligence and machine learning technology so that they can deliver low cost services – this is commoditising compliance," warned Nixon.  He also warned the lawyers in the room that IBM's billion dollar investment in Project Watson is also helping to develop super computers that can think and carry out legal work.

However, it is not just technology that is changing. Nixon explained that client buyer behaviour is changing too - technology has raised expectations with clients wanting and expecting their information to be available on their phones when they need it. Nixon urged firms to "embrace these changes."

Cloud accounting, according to Nixon, means that better, more robust, real time data that requires far less capacity to ensure its compliance is coming into the hands of accountants.  Nixon argued that with the escalation of cloud accounting in New Zealand, "the country's accounting profession has gone backwards due to the mismanagement of this technology." 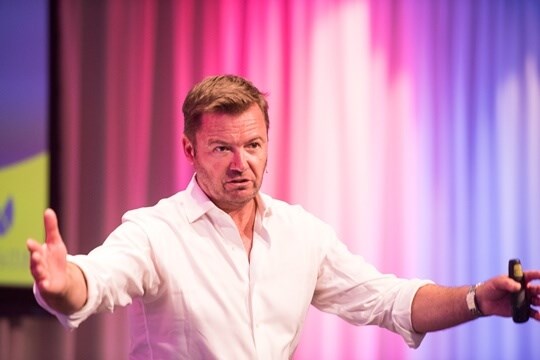 Business models need to change too

While technological developments such as cloud and AI need to be embraced, Nixon insisted that firms also need to change their business models to really capitalize on these developments. Worryingly, some small business owners believe that they may eventually not even need an accountant - Nixon revealed that a survey of 2,000 UK small businesses revealed that 59% of them believe they will not need an accountant in the next 10 years. According to Nixon, "this is because the small business can see the accounting product doing the work the accountant used to do."

There are companies in the market such as Taxfyle that they are, according to Nixon, “turning the traditional CPA firm upside down.”

The need to be a trusted advisor

Nixon argued that accountants need to stop being "redundant data accountants and start becoming real time accountants." His viewpoint (and one that our members concur with) is that the majority of future revenues lie in business advisory work and in being the trusted advisor: "Real time accountants provide advice before something happens using predictive analytics and value added services."

Nixon emphasized the need for professional firm owners to shift their mindset and to do things differently, and to take steps to create their 'perfect firm', even if that meant starting all over again with a new sheet of paper.

Alliott Group members were then shown how to build a better business, specifically how to improve growth, profitability, and capacity and to help their clients to do the same.