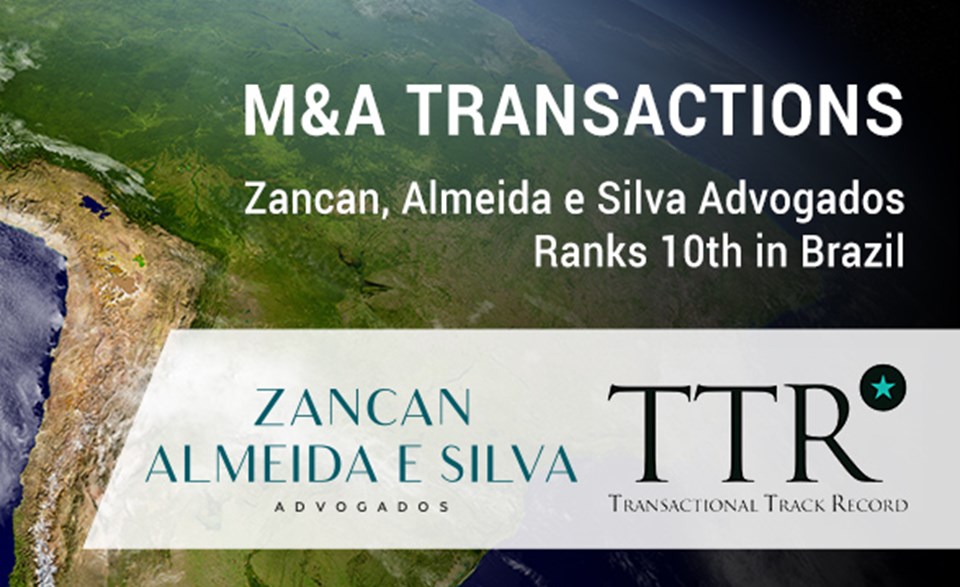 The guide, which publishes details of all announced and concluded M&A transactions from January to December 2019, ranks Zancan, Almeida e Silva Advogados in 10th position among all of Brazil's law firms based on the 'total value' of transactions concluded (11,968K Brazilian Real/BRL).

Founding partner, Leandro L. Zancan, was ranked 17th among the partners at other Brazilian law firms who advise companies on their M&A transactions.